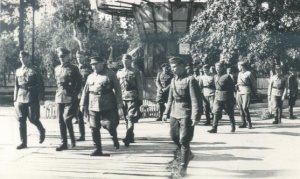 The Finnish funfair tradition dates back to the 19th century. For decades, travelling funfairs have provided people with entertainment that has a wide international reach, but which in Finland has been created and promoted by local operators and formed into an activity that is valuable to our cultural heritage and has been popular through the ages. Today, the funfair tradition in Finland is practised by Tivoli Sariola, Suomen Tivoli and Tivoli Seiterä. During the funfair season, they employ nearly 200 people. These funfairs are family businesses, some currently managed by their fifth generation, and the employees occasionally include funfair workers from two generations. Additionally, some operators conduct funfair operations on a smaller scale, including Christer’s Tivoli, J. Persson and Pelisaloon veljekset Junttila. This tradition is maintained by a very limited group of people. Annually, about 1.3 million visitors visit funfairs in Finland. 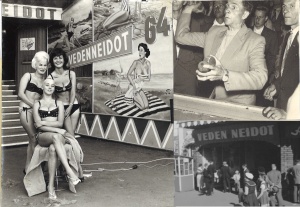 The Vedenneitohalli (‘Mermaid Hall’) dunking booth in the 1950s.

This tradition is practised during annual tours. The Finnish funfair season begins in the spring and ends in the autumn. During the season, funfairs visit dozens of locations around Finland. Depending on the funfair, they may spend anything from a few days up to several weeks in one location. A funfair is a unique form of lifestyle and livelihood. During the tour, funfair employees live next to the funfair area, in apartments built in trucks. A funfair is a community living a rare, nomadic touring lifestyle. The structures and devices are assembled and disassembled dozens of times during each season, and transported to the next location as a caravan. Safety is an unconditional requirement in all operations. A funfair offers towns the opportunity to enjoy the rides, games, performances and delicacies of a travelling amusement park. Entry to the funfair area is free of charge, so anyone can visit and enjoy the authentic funfair atmosphere. 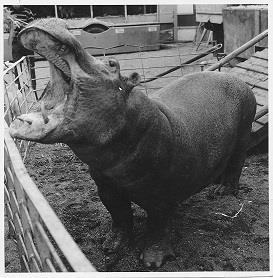 The roots of Finnish funfair tradition reach back to 1888. This is when the ancestor of the funfair and circus family Sariola, Johan Grönroos, started his entertainment operations in Kerava. He is considered the first funfair and circus entrepreneur in Finland. In 1905, Johan Adolf Fredrik Grönroos, nicknamed Jaffu, took over the operations. He translated the family’s Swedish name to Sariola. Jaffu was the grand old man and forerunner of Finnish funfairs. Jaffu’s sons, Toivo, Unto and Matti, all made their careers in the funfair business, and the current Tivoli Sariola and Suomen Tivoli funfairs are based on the businesses they established. The third one of the largest modern funfairs in Finland, Tivoli Seiterä, also has strong roots in Kerava’s Sariolanmäki, because its founder Lauri Seiterä grew among Jaffu’s clan as his adopted son. Later on, Lauri Seiterä was involved in establishing Linnanmäki amusement park and creating, for example, the famous Vedenneitohalli (‘Mermaid Hall’), a dunking booth that employed beautiful young women, before setting up his own touring funfair. 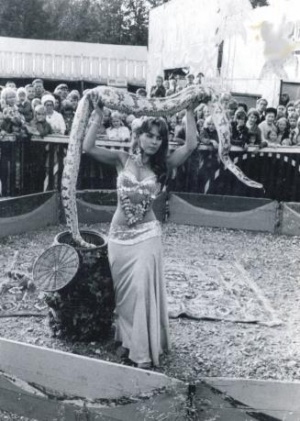 Funfair traditions have their roots in a pan-European tradition, where fairs and markets brought villages to life with temporary, colourful events. As a part of this tradition, the Finnish funfairs also toured towns together with market events in order to bring entertainment and experiences to the people. Since then, funfairs have become their own separate subculture, but some of the Finnish funfairs still take part in a few markets or fairs, such as Kotkan Meripäivät and some larger market events. These celebrations closely connected to the traditional annual cycle still continue to be held today. Over the decades, funfairs have offered their visitors phenomena and sights that have been impossible to come by elsewhere, especially for rural populations. In a time when moving around was much harder and the information provided by the media much more limited than today, funfairs offered unique experiences. The 1930s were the golden age of Finnish funfairs; a total of eight Finnish funfairs were touring the country simultaneously. The programme at funfairs featured many circus elements, such as animals, shows and performers. As a special aspect during the Continuance War, funfairs also offered relaxation and a welcome respite to people at the frontlines through the Karhumäki wartime funfair. 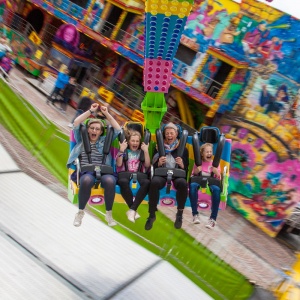 Enjoying a day out at a modern funfair, Tivoli Seiterä 2016.

The funfair tradition has notable historical significance, as it brought colour and life to people’s leisure time. For decades, travelling funfairs have provided their visitors with entertainment that has a wide international reach, but which in Finland has been created and promoted by local operators and formed into an activity that is valuable to our cultural heritage. To this day, a funfair represents unique culture where people are sought out, taking entertainment to places where there is none. A funfair offers rich experiences, entertainment and joy. It brings back memories of funfairs of past generations and creates new ones together. Funfairs are all about spending time together, enjoying live entertainment and movement-based fun, which is important in a modern, digital lifestyle. A funfair is an experience where the focus is on the individual – not as a member of an audience but as a real person and active participant, enjoying the time spent at the funfair. Funfairs are experiential culture that have remained attractive through the decades.

The family businesses have succeeded well in passing on the tradition to future generations. Information has also been passed on from generation to generation among the funfair employees. This continuum is a prerequisite for preserving and transferring the traditional information. For the most part, funfairs are all about intangible cultural heritage: information, operational methods, practices and expertise. The heritage consists of elements such as technical expertise on how to use the devices, ensure safety and handle the infrastructure in a travelling environment, as well as commercial competence, tour route creation, scheduling and important networks. Performance skills have also been passed on from one generation to another; for example, snake dance skills have passed on from mothers to daughters for three generations in the Sariola family. The active members of Suomen tivoli- ja sirkusyhdistys, the association of Finnish funfairs and circuses, work closely together, preserving the tradition for future generations. A community spirit is a key aspect of all funfairs, both among individual people and between the different funfairs. A funfair is a way of life, and being on the road has strong roots. Every year, these roots grow even stronger from the joy of people, laughter of children, the scent of candyfloss and the ability to offer entertainment.

The future of this tradition looks bright. Finnish funfairs are old family businesses that invest in the equipment and wish to preserve the accumulated skills and abilities, despite the many challenges they have faced over the decades. Dense urban construction has also become a challenge, as there is not enough room to run funfairs in city centres. In order to keep funfairs alive, they need to be close to people. At the same time, the general opinion in some regions is that funfairs are important for the development of rural centres and attract various other forms of activities to the area. In order to preserve and support this unique cultural phenomenon, support from the state in the form of legislation is needed.