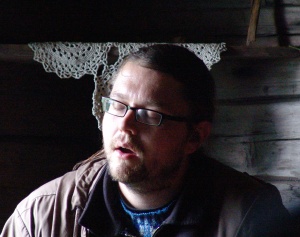 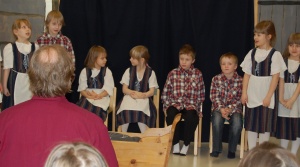 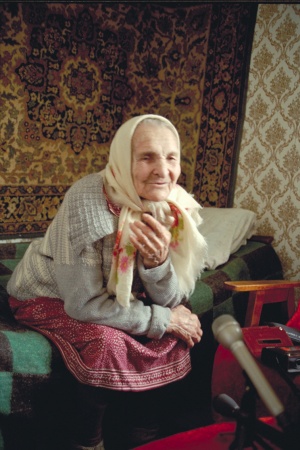 Finnish people have a living, unbroken connection to the old runosong tradition, even though the practice became rarer in the 20th century due to the changing society. In Eastern Finland, in the villages of Kainuu and North Karelia, the runosong tradition is better preserved than anywhere else in Finland. The villages of Hietajärvi, Kuivajärvi and Rimmi in Finnish Viena Karelia and their current and former residents have always remembered the old songs and singing traditions.

The annual Sommelo ethnic music festival held in Kainuu and Viena Karelia offers the opportunity to study runosong on courses and listen to runosongs, either as traditional performances or more modern songs. Currently, runosong is again gaining popularity.

Runosong is a song in which a poem follows a certain basic form or pattern, like a Kalevala song. It is based on a four-trochaic line with usually eight – sometimes nine or ten – syllables Typical characteristics include alliteration, controlled word order, exceeded verses and repetition.

The regions of Kainuu and Viena Karelia have upheld the runosong tradition the best, but originally the tradition belonged to the entire linguistic and cultural area of the Finnish Baltic Sea. The romantic description of runosong emphasises the significance of oral, remembered learning within one family but, in truth, current generations have learnt singing at homes, in school, and in other educational institutions, and runosong is part of the living tradition still today.

In addition to active singing, the runosong tradition can be seen in the linguistic knowledge of all Finns, in many proverbs, and in some children’s songs and poems. Some longer, lyrical and epic runosongs are also remembered and still sung in Kainuu and Viena Karelia. In Finnish culture, runosong can be seen and heard in many ways: in the language, oral tradition, Kalevala and Kanteletar and other literature, in fine arts, theatre and dance, in all music from opera to rock and rap, and in popular culture. All in all, the runosong tradition is a living, constantly changing cultural form of the expressive register. Runosong is also a subliminal tradition, especially in families where songs are sung to children at bedtime. The lullaby ‘tuu, tuu tupakkarulla’ is familiar to nearly all Finns – and is also a runosong.

Runosong is cultural knowledge and know-how shared by people living in the Finnish Baltic Sea region: Finns, Karelians, Izhorians, Votes, Estonians and Setos. It was used to analyse and interpret the world, both in everyday life and during celebrations. It is primarily aesthetical cultural heritage, and its roots are assumed to go back a few thousand years. Nevertheless, the tradition is still alive in many different forms. Nowadays, the tradition is upheld in Finland, the Republic of Karelia, Estonia and in some Finnish speaking regions of Sweden and Russia.

Originally, the runosong tradition was common in all nations along the Finnish Baltic Sea, but the large societal changes as well as the church’s resentful attitude caused it to vanish from many areas, excluding some secluded areas in Eastern Finland and Viena Karelia. Traditionally, the epic runosongs were sung by men, while women sung the lyrical runosongs. Today, most runosong tradition practitioners are women. The different eras have brought their own additions to runosong. The singers have also modified the tradition.

Collecting runsongs did not really start until the second decade of the 19th century, when a strong national romantic trend reigned in Europe. Inspired by the ideas of German philosopher J. G. Herder, Finnish university students started to collect national poems in order to review the history of their nation. Elias Lönnrot was part of that generation of students, and he continued the systematic collection of poems even after starting his career. Sakari Topelius Senior worked as the district physician of Ostrobothnia, and he guided the poem collectors towards Viena Karelia. From there, Lönnrot collected his song treasures, based on which he compiled Kalevala, the poetry collection that has been crowned as the national epic of Finland. 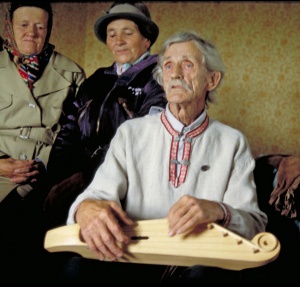 The runosong tradition has been passed, and continues to be passed, to future generations as a living song tradition through homes, but also, increasingly, through education and publically performed music. Nowadays, cultural institutions, universities, associations and organisations that have a central role in the field of language and culture also take part in maintaining the runosong tradition.

Research takes place in universities, in subject areas such as folklore and oral tradition, such as in the folk music department of the Sibelius Academy, the folklore archives of the Finnish Literature Society (SKS) and the Runosong Academy. In particular, runosong is studied as part of folk music at the Sibelius Academy, in several music educational institutions and on summer courses. Professional folk musicians who practise runosong graduate every year. Runosong research, interest and education are supported by the Sommelo ethnic music festival, the Juminkeko Foundation, the Kalevala Women's Association, and the Kalevala Society Foundation.

Educational institutions of music study the runosong practice in depth, not only by reading research and analysing the runosongs, but also by listening to recorded runosongs. Many archives have a large number of valuable audio recordings that are significant bridges from historical singing styles and forms to modern singing and to current singers. 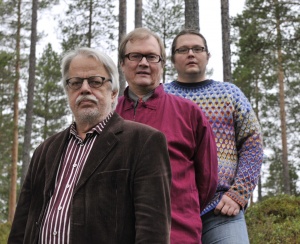 The future of runosong tradition is now brighter than it was a few decades ago. These days, the influence of runosong can be heard in many musical genres, both in their lyrics and the compositions. Today, runosong is studied in many educational institutes, as it is more and more often understood as a song tradition.

With regard to the future of runosong, the collection, recording and research work of recent decades has had a large impact. Runosongs are now researched comprehensively, not merely as a text or as a melody. As students have also been allowed to participate in field excursions, a new active generation of researchers and performing artists that understand the tradition of runosong is now emerging.