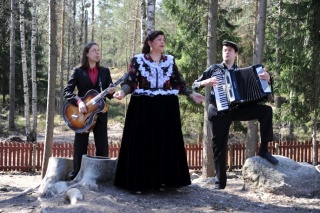 The Finnish Roma people, i.e. the Finnish Kale, are a minority recognised by the constitution, an old minority that has a distinctive language and culture. The Roma people are Finnish citizens that have lived in the country for over five hundred years. The estimated number of Roma people in Finland is 10,000. Additionally, around 3,000 Finnish Roma live in Sweden. The Finnish Roma differ from other Roma groups, among other things, due to their traditional clothing, their thriving and lively cultural customs, and their comparatively rare Roma dialect.

Roma songs, or Kale songs, transmitted mainly orally, are an asset of the entire Roma population, and carefully regulated cultural rules apply to singing them. The songs reflect the unwritten rules of Roma culture regarding how, for example, men and women and, on the other hand, older and younger Roma people can behave appropriately with each other. For men, it is suitable to sing songs that are inappropriate for women to sing – and vice versa. For example, songs with educational purposes intended for children and young people are a female tradition, while trade and strength songs have been, and still are, a male area of expertise.

Each Roma who has been brought up in the community also knows linguistically which songs, themes and expressions are appropriate in certain situations. The cultural rules of interaction between different age groups and genders are also reflected in the lyrics of the songs and the euphemisms used in them. For people outside the community, the true meanings of the lyrics or the euphemisms are not usually clear.

The songs of Finnish Roma people are oral, living traditions of the Roma population. The core of Roma songs and singing are the Roma home and family – even when the methods and forums of performing the traditional songs have become more varied. Even though singing the songs may have been a way to make a living, they have always primarily been about maintaining one’s own identity and a mental tool for surviving life’s various situations. New songs, singing styles and the cultural meanings of the songs are still learnt by ear and by heart within the home and family. Skilled singers that pass the tradition on and create new ones are valued to this day. 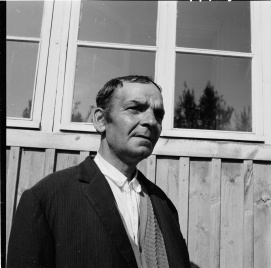 The traditional songs of Finnish Roma people differ from the Roma music of other countries by their melody, lyrics and performances. Although the language form and melodies of the oldest Roma songs reach back hundreds of years and beyond Finnish borders, the styles adopted in Finland, such as “rekilaulut” sung on the sleigh during long winterjourneys, form a special type of rhymed stanzaic folksong and other rhyming folk songs form the largest share.

However, songs adopted by the Roma people in Finland have been interpreted in a distinctive manner. Rekilaulus and other rhymed folksongs adopted in Finland have been maintained within the Roma population for much longer than in the main population, and they continue to be a living tradition among Roma people. Some of the songs are established, but new songs, verse compilations, verses and linguistic euphemisms are created all the time.

Roma songs highlight themes that are typical of old Roma culture and their way of life. The languages that the songs were sung in are directly reflected in their content and use. The content of Roma language songs is carefully protected Roma communication. The songs often speak about markets and horse trading, they remember loved ones, share instructions and guidance, and show the strength of one’s own family. The life wisdom of past, illiterate Roma generations and their stories about the places, events, customs and people important to the Roma population have been passed on to younger generations through songs. In addition to the melodies and lyrics of the songs, another important part of the song culture was the distinctive singing style of Roma singers. This distinctive singing style reinforces Roma identity and sets them apart from other Finnish music cultures. Everyone who is part of the Roma population recognizes a good singer. The glides, vibrato, voice formation and free rhythmical expression of the singing style have lodged themselves deep in the minds of Roma singers, but also other Finnish listeners.

The Finnish Roma population and researchers interested in the cultural heritage of the Roma people and started to record and archive Roma songs in the 1960s. Family relations had become weaker due to society’s rapid urbanization in the 1960s, and opportunities of learning from older generations became more rare. Little by little, folklore collectors started to accumulate Roma songs, especially in sound archives, and the first Roma song anthologies were published. Roma singers performed publically, for example at music festivals, such as Kaustinen Folk Music Festival, and at the events held by the Roma civil rights movement. Since then, singers have performed at the Porvoo Roma music festival, EtnoSoi Festival and Helsinki Festival. However, the number of Kale song publications has remained low.

Since the 1960s, a diverse culture of spiritual and popular Roma music has emerged in addition to the traditional Roma songs. At the time, Roma tango singers, schlager singers and bands taking inspiration from Roma music in other countries started to emerge, as well as Roma musicians from the Christian revival movement.

Roma songs are still passed on from one generation to another, mainly by memory, as a family tradition. New life for traditional Roma songs is being built on the foundation of a strong singing culture. Recently, performing traditional Roma songs as new renditions has become more popular. The new coming of Roma songs can be enjoyed in the form of shared performances and recordings with popular Finnish artists and as unique fusions with flamenco and rap music, for example. Young Roma people are seeking their own style of song expression through YouTube videos shared online, as regulars at karaoke bars, and as participants in singing competitions. The first Roma music courses and singing teaching have also been organised in various educational institutes of music.

The future of the Roma singing tradition today looks brighter than it has during the last few decades. However, the distinctive Roma dancing tradition that used to go hand in hand with the songs and singing, which was very subtle and almost unnoticeable individual dancing, has already disappeared. Publically performing Roma singers, who value the song tradition, and the new methods of performing the songs prove that recognition of the Roma song tradition is increasing, not only among the Roma people, but also among the entire population. Further proof comes in the form of the recent TV documents about Roma songs, the artists’ grants awarded to several Roma singers and musicians, and the highly valued Suomi Award granted to Master Folk Singer Hilja Grönfors in 2014.

Links to other sources of information

This Country Was Not Mine (Documentary film with English subtitles, with e.g. Hilja Grönfors). Katariina Lillqvist, Camera Cagliostro 2008.

Roma Songs in recordings and films