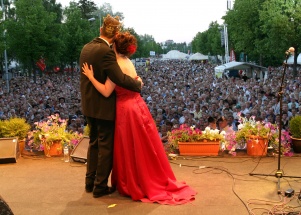 Tango is a strong part of Finnish culture and identity. Finns are passionate about tango. Most Finns are familiar with the world and music of tango. It is sung by dance music and popular song performers in concerts and dance pavilions, and amateurs sing the songs in karaoke bars. People young and old listen to tango and are interested in it. There are many kinds of tango competitions, tango composition competitions and tango events that bring together numerous tango enthusiasts.

In Finland, tango evolved into a unique form of music. Tango music in Paris and South America is different to its Finnish counterpart. The Finnish mentality and cultural history can also be seen in Finnish tango. Finnish tango is a dream-like fairy tale. It is about longing for the lands above the stars or beyond the open seas. The minor key of Finnish tango reflects our mental landscape. Due to its rhythm, Finnish tango has also been characterised as ‘marching tango’, or, according to Toivo Kärki, ‘marschering’. That, too, reflects the Finnish mental landscape. The tangos by Toivo Kärki are partly based on the melodies of Russian rural romances, and its rhythm comes from German tango. 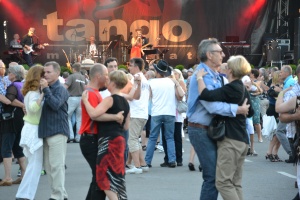 View of Tango Street during the Seinäjoen Tangomarkkinat in summer 2014. Photo by Krista Rantala, City of Seinäjoki.

Tango is an important part of the repertoire of dance music performers and singers. Tangos are sung in concerts and at dance pavilions. A chain of popular tango singers from Olavi Virta to Henry Theel and Eino Grön to Reijo Taipale all the way to the tango royals of today had bound the Finnish people to tango culture.

In autumn 1913, the lifeless entertainment sector of the capital city of the Grand Duchy of Finland, part of the Russian Empire, started to bloom when rumours of a new, unprecedentedly sinful dance, tango, began to trickle to Finland from Paris and Berlin. During October, Helsingin Sanomat started to publish adverts about an upcoming tango matinee. Advance publicity and exciting stories increased expectations and curiosity to almost unbearable heights. All the prerequisites for a new sensation were there. Despite the rainy weather, 60 seekers of tango experiences in Helsinki filled the Apollo Theatre on Etelä-Esplanadi on 2 November 1913.

No cohesive description of the performance by dancers Toivo Niskanen and Elsa Nyström has been found. Based on later cases, drawings and photographs, it can be assumed that the dance was a version of Argentinian tango, stylised into a ballroom dance, which could be described as a combination of modern competitive tango and Argentinian tango. It is also not known what kind of tango music the pair danced to. We do know, however, that the matinee was a great success. The Apollo Theatre was sold out four times over and the matinee was seen by around 2,400 Helsinki residents. 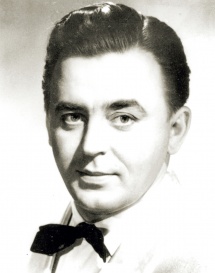 Olavi Virta, one of the most recorded Finnish artists, who also recorded over hundred tangos. Photo: Seinäjoen Tangomarkkinat.

Tango came to Finland a little over 100 years ago, in the 1910s, during an era when the idea of independence was growing stronger due to Russia’s repressive actions and the First World War already casting its shadows. At first, tango took over the cities of the south – Helsinki, Turku, Vyborg – and then it took over the entire country. Until the 1930s, most tangos were translated, mainly from German, and the themes of the songs were exotic. Towards the end of the 1930s, Finnish compositions started to crop up, and Finnish tango was born. After the Second World War, feelings of melancholy increased and the themes of loss, grief and longing were introduced to tango.

During the war, the significance of tango as a creator of faith in life and hope increased further. Tango released energy; it gave hope and joy. During the Second World War, tango had its second breakthrough. Famous singers such as Olavi Virta, Georg Malmsten and Henry Theel captivated the hearts of Finns. Toivo Kärki composed several evergreen tangos that still drown listeners in feelings. The song Liljan kukka from this period is one of the most renowned Finnish tangos, and it had large symbolic significance in Finnish tango culture. In addition to the singers, Finnish actors, led by Tauno Palo, also helped Finns maintain high morale and find faith in the future of our country.

During the war years, 1939–1945, a dancing prohibition was applied in Finland. When it was annulled in 1948, Finnish partner dances and tango music took over the dancefloors, creating the basis for the tango culture of today. The golden era for tango in Finland was the 1960s, when an unpreceded tango boom seized the country. Satumaa tango by Unto Mononen became a great hit, recorded by Reijo Taipale in 1962, and Romani tango singers started to become famous, following the lead of Taisto Tammi.

In the 1950s and 1960s, tango practically surged throughout the provinces, in particular Southern Ostrobothnia. Tango tore down social borders, it brought the young and the old together, its language made us come together, and it healed us.

The atmosphere of the era in the 1960s and the 1970s was also reflected in tango. The song themes started to include other subjects besides love, and the perspective expanded from longing and loss in a more societal direction. An excellent example of this time is Nuoruustango by Chydenius. In the 1980s, Topi Sorsakoski and Agents combined tango and beat music in their records and brought traditional dance music to the new generations. One of the tango milestones in the 1990s was the crowning of Jari Sillanpää as the Tango King in 1995. 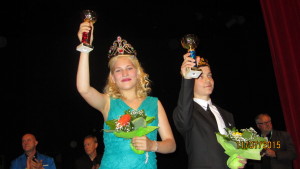 The tradition is upheld and passed on by many operators: Seinäjoen Tangomarkkinat Oy, tradition associations such as Suomalaisen tangon Satumaa ry and Unto Mononen -yhdistys ry, as well as various other associations and societies all over the country. The objective of them all is to uphold and promote Finnish tango culture and its status in our national culture. Seinäjoen Tangomarkkinat is the most significant promoter of Finnish tango and tango culture, and it also has international connections. The event has established the status of tango culture and has produced wonderful soloists and tangos that pass on the tango tradition. The duty of Suomalaisen tangon Satumaa ry is to promote the recognition and status of tango in Finnish culture, the significance of tango as part of Finnish culture, cultural export and international interaction, as well as cooperation between Finnish tango and international tango. 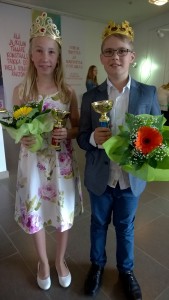 Tango has also torn down international walls. Argentinian and Finnish tango have discovered each other. Cooperation with Argentina started in the 1990s. The City of Seinäjoki, Seinäjoki University of Applied Sciences and Seinäjoen Tangomarkkinat have worked together with Buenos Aires. In 2000, Buenos Aires and Seinäjoki declared themselves the leading tango cities in the world. In their cooperative agreement, these cities committed to promoting tango cooperation and tango culture in their own cities. When the most notable event of Argentinian tango, Cumbre Mundial del Tango, was held in Seinäjoki in 2011, this proved that the world of Argentinian tango had approved Finnish tango as an equal form of culture.

Before the Cumbre Mundial del Tango event, Finnish tango was promoted around the world through the tango royals and the performances by Seinäjoki City Orchestra. They visited, for example, the tango festivals of Seville, Granada, Paris, Malmö and Berlin. The Seinäjoki-based Caminitos quartet has also attended tango festivals, performing tangos in Finnish, Spanish and Latin.

Several tango projects have been implemented in Southern Ostrobothnia, in particular; the Tango Centre coordination project, a training project for tango finalists, the Minä tangon tiellä (Me on the path to tango) training project, Tangon kansainvälistyminen - avain aluekehitykseen (Internationalisation of tango – the key to regional development), and the Intertango project. These have helped develop various tango-related matters. The delivery agencies for these projects have been Seinäjoki University of Applied Sciences and Seinäjoen Tangomarkkinat Oy. The Tango Finlandia award by Seinäjoen Tangomarkkinat is an honorary award given to a Finnish citizen or community for their successful work in developing tango culture. The Tango Finlandia prize has been awarded since 2004. Satumaa tango was also sung at a synod in Turku in November 2015. This is also an excellent example of how tango tears down walls. 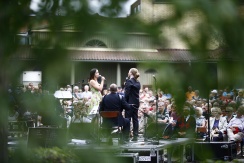 Finnish tango is doing well and its future looks bright. Tango competitions take the culture forward. Similarly, the newly-awakened dance pavilion culture is also partly driven by tango. Tango is sung in thousands of karaoke bars, where it creates a community spirit and provides entertainment. Many singing schools teach tango, and mastering tango also predicts success for learning other types of popular music. Finland has several reporters who make excellent broadcasts about tango and its singers, and analyse the essence of tango in depth. Tango Royals will continue to be the poster stars of tango in the future. The Finnish Broadcasting Company has televised the finale of the Seinäjoen Tangomarkkinat singing competition in recent years, and it has recognised tango as an important part of Finnish culture.

The future of tango is also looking positive from an international perspective. Finnish and Argentinian tango have found each other, thanks to several international festivals and the Cumbre Mundial del Tango event that was once even organised in Seinäjoki. Argentinian and Uruguayan tango, which is already on Unesco’s Intangible Cultural Heritage list, has facilitated the internationalisation attempts of Finnish tango. In part, it has also helped Finns understand the cultural heritage of Finnish tango as part of a more extensive, global cultural tradition.